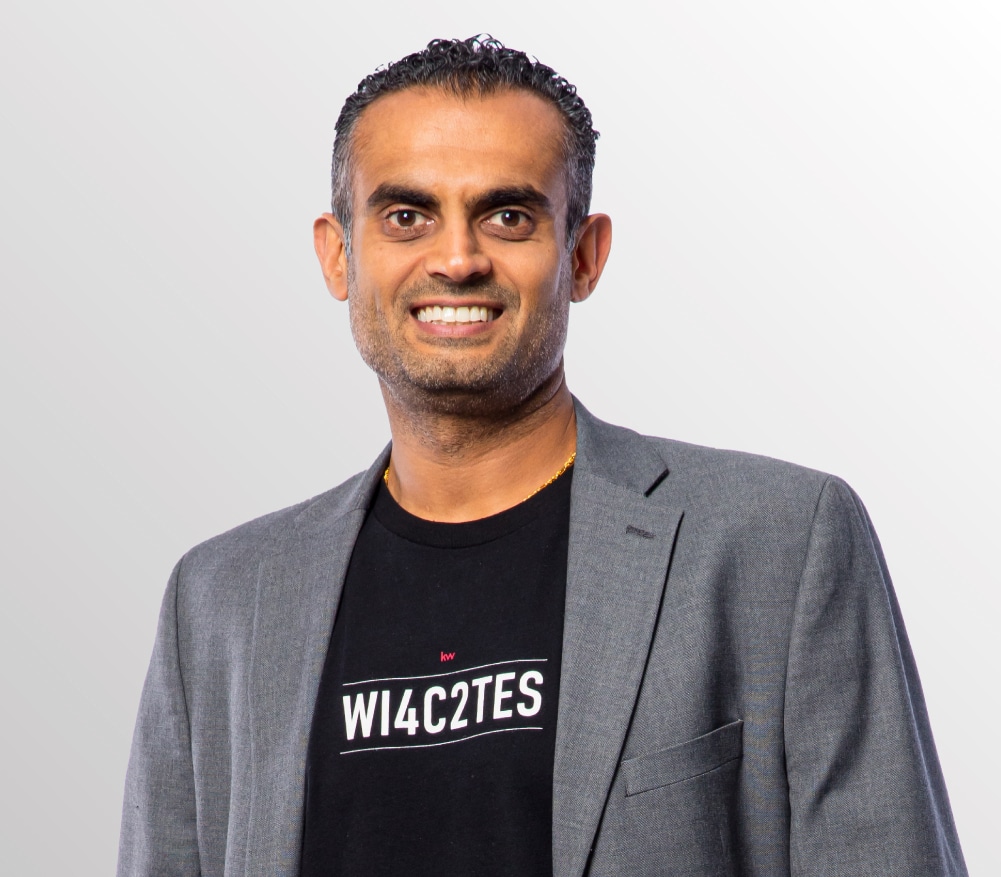 Sajag Patel begins his role as chief operating officer of KWRI after more than 12 years at Keller Williams. Most recently, he served as head of coaching, communities and learning and vice president of segments, where he oversaw the growth and ongoing development of KW branches including KW Luxury, KW Commercial, KW Land, and more.

Sajag graduated from the University of Pittsburgh with a BS in information science and is a former senior software engineer. He began his career in real estate in 2009 with a focus early on to save families from foreclosure and successfully did so many times over.

After beginning in real estate, Sajag became a top producer in the field and founded the BOLD Real Estate team. To fill things out, he recruited a professional and talent-oriented group to service the needs of a wide range of clients. His many real estate accolades include Rookie Agent of the Year in 2010, five-year member of the Associate Leadership Council, and completing the KW MAPS BOLD program nine times.
In 2015, Sajag partnered with KW MAPS Coaching to coach the top agents in the field.  After his partnership with KW MAPS, Sajag became an executive coach, as well as a head coach. In 2019, Sajag was invited to join the team in rebuilding MAPS as the executive director of strategy. Sajag led the charge to revolutionize KW MAPS Coaching and alter the trajectory of lives.